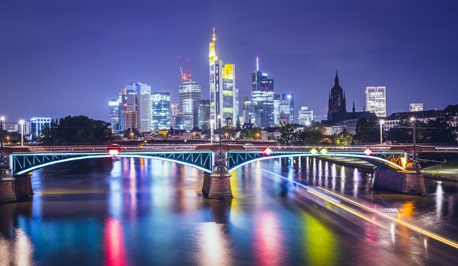 Frankfurt is a city in Central Germany that lies on the banks of the Main River. It is the major financial center of Germany and the place of birth of Johann Wolfgang von Goethe, a renowned German Writer. Now the home of the writer is functioning as a museum. Although like other cities, Frankfurt was greatly damaged due to the Second World War, it is reconstructed and has now become one of the major tourist destinations in the world. 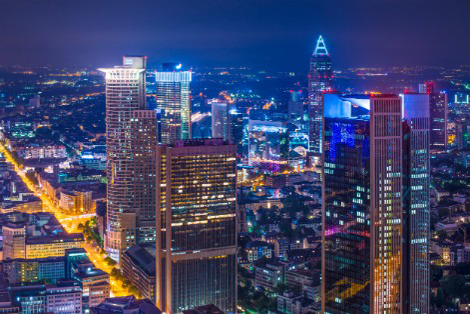 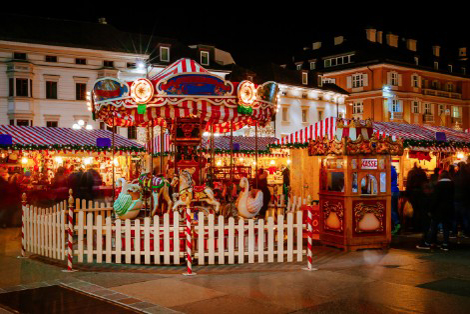 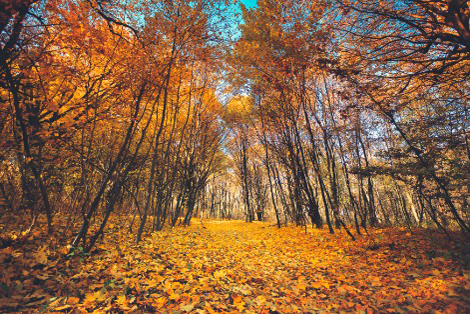 Frankfurt features a temperate-oceanic type of weather. The hottest month in the city is July with the standard temperature of 19 degrees Celsius. January is its coldest month with the temperature at 1 degree Celsius. The best time to visit Frankfurt is from April to May and from August to September. 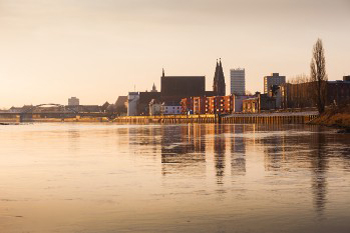 Museumsufer is a quarter in Frankfurt that is crammed with 12 different types of museums. Vacationers visiting the area will have an opportunity to enjoy seeing different museums on art, film, communication, architecture, and ethnography, etc. Some of them has shifted to patrician houses whereas others had striking venues constructed for them by renowned architects, such as Richard Meier and O.M. Ungers. Tourists can also watch a variety of shows in these museums. 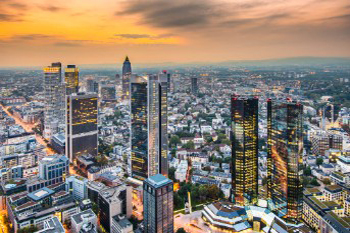 The Main Tower is the only available tower in the ever-developing forest of skyscrapers of Frankfurt. This 200-meter high tower has a public viewing stage, from where tourists can enjoy the aerial view of the city. The tower will be opened for the public on all weekdays from morning 08.00 to the sunset. However, the tower will be opened until night 09.00 during the winter months and until the night 11.00 during the summer months only on Fridays and Saturdays. 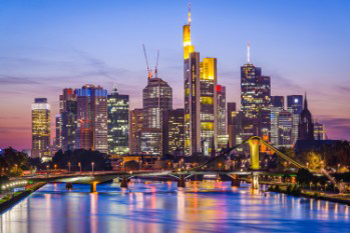 Frankfurt Cathedral is a historical church and it was the most admired worshipping place during the time of the Holy Roman Empire. This thirteenth-century Gothic styled church survived for 100 years and later it was reconstructed twice in 1867 due to fire damage and again in 1950 due to war damage. The church was used for coronations of the kings of the Roman Empire. Travelers booking a flight from Frankfurt and visiting the cathedral can find the Baroque Assumption Altar. 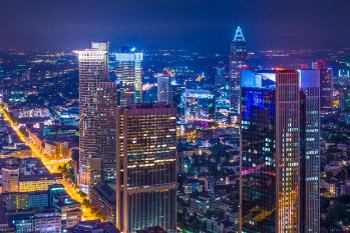 The Frankfurt Zoo is the second oldest zoo in Germany, as it was established in 1858. Tourists with their kids can visit this 11-hectare zoo throughout the year, meaning it will be opened for the public on all 365 days in a year. The zoo is home to 4,500 animals of 500+ diverse species. Tourists are allowed to feed some animals in the zoo, such as penguins, crocodiles, and seals. 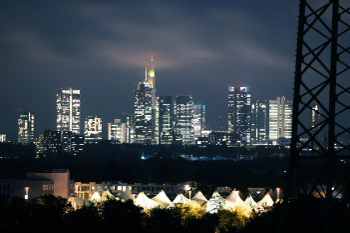 The museum is the second biggest of its kind in Germany and it is an ideal spot for tourists to enjoy their time with kids. In the museum, kids will be more excited to see full-size replicas of dinosaurs welcoming them at its entrance.Tourists who take a ticket to Frankfurt to visit this museum can find lot more animal samples, including a quagga, an extinct zebra species. 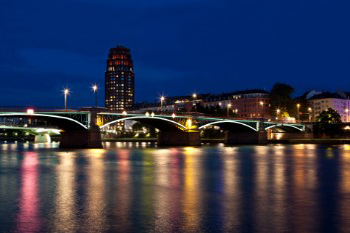 Palmengarten is the botanical garden of Frankfurt, which was opened to the public view in 1871. Occupying the vast land area of 22 hectares, the garden exhibits plant species of different parts of the world in the open-air or in greenhouses. Tourists visiting the garden will be greatly impressed on witnessing the well organization of the plant varieties according to their area. 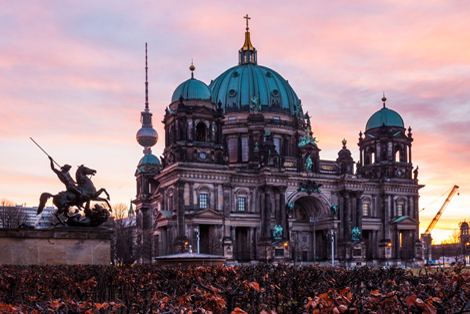 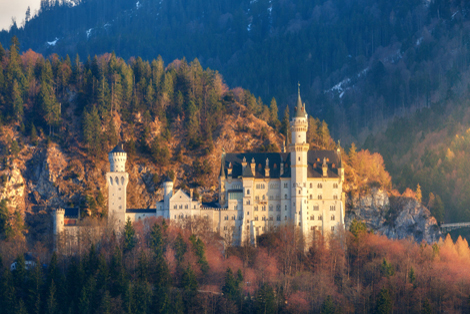 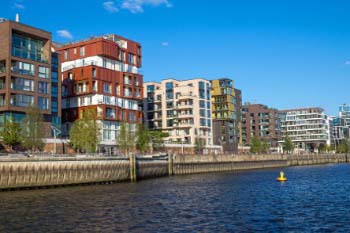 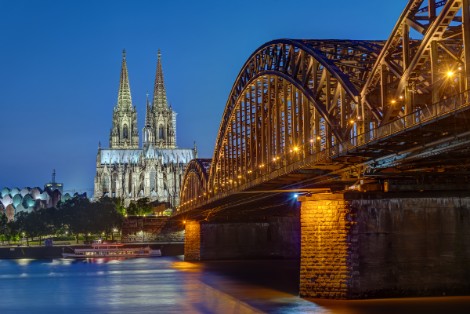 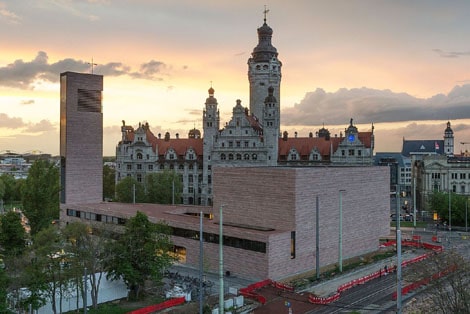 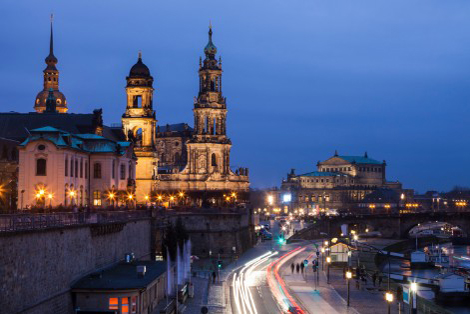 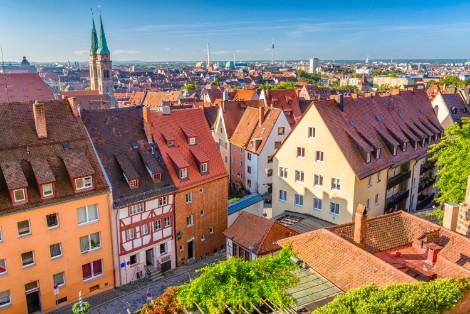 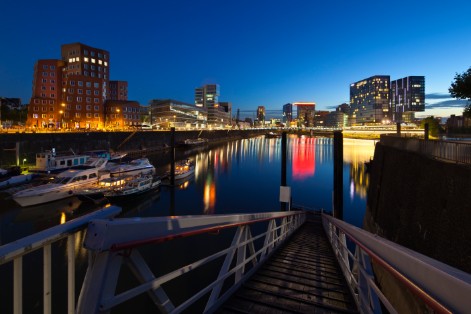 Get Deal on Flight Bookings to Frankfurt